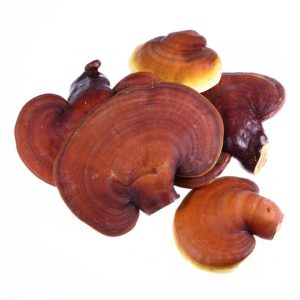 Reishi medicinal mushrooms are traditionally known as the Ganoderma lucidum mushroom. It is a kind of non-toxic herbal medicine that can be taken on a daily basis without causing any tremendous side effects. Reishi mushrooms are normally referred to as a type of medicinal mushrooms. When regularly consumed, Reishi mushrooms can help in restoring the body to its natural state, meaning the organs can function normally. Reishi also provides aid in fine-tuning the immune system.

How do Reishi medicinal mushrooms work?

Polysaccharides and triterpenoids that are found in Reishi mushrooms are also found in other plant foods such as beets and potatoes. The two nutrients are known to be immune-modulating substances that defend the DNA and stops mutations of cells. At the same time, the nutrients protect the healthy cells. Other than being antioxidants, polysaccharides and triterpenoids found in Reishi mushrooms are also neuroprotective, anti-diabetic, anti-fatigue abilities, anti-osteoporosis, and radioprotective.

Ganoderic acids
Triterpenes called ganoderic acids are also found to be an active ingredient in Reishi medicinal mushrooms. It acts as a treatment to common allergies by inhibiting histamine release. It also improves oxygen circulation and liver functions. Triterpenes may be a bit bitter tasting. Its bitterness may determine the content of triterpene in a product.

Antioxidants and Anti-inflammatory Compounds
There are certain antioxidants and anti-inflammatory compounds in Reishi mushrooms that improve the way that the nerves transmit messages to the brain. It means the function of the endocrine and the central nervous systems become better than that before the use of Reishi mushrooms. The result is that the hormones are more balanced than that without the use of Reishi medicinal mushrooms. Other benefits include decreased symptoms of diabetes, hormonal imbalances, fatigue, and infertility.

Sometimes, heavy metals and toxins accumulate in the body, causing sluggishness. Reishi mushrooms also have the ability to lower some such toxins, improving energy levels.

Disease that can be prevented or managed with Reishi Mushrooms
Reishi medicinal mushrooms can be used for the prevention or treatment of the following diseases:
anxiety and depression
autoimmune disorders
diabetes
digestive problems, stomach ulcers and leaky gut syndrome
heart disease, hypertension, high blood pressure, and high cholesterol
inflammation
fatigue
frequent infections
food allergies and asthma
liver disease
skin disorders
sleep disorders and insomnia
tumor growth and cancer
viruses, including the flu, HIV/AIDS or hepatitis
How do I go about using Reishi as a medicinal mushroom supplement?
Like all medicinal mushrooms Reishi can be used in various forms. It can be ingested as a dietary supplement, as a supplemental powder to add to food and/or beverages and it can even be prepared as a tea.

Reishi Preparation for Use as Tea
Because of its bitter taste, Reishi was?traditionally prepared as a hot water extract product; this means the Reishi is sliced thinly or pulverized and then added to a pot of boiling water. When used in tea, Reishi is usually simmered for up to two hours. The result will be a dark colored liquid with a bitter taste. It can also be consumed as soup. It is recommended that the dosage is 6 to 12 grams of Reishi mushroom extract daily. The only adverse side effects of it include mild dizziness and skin irritation. To ensure you get correct dosage and don’t have to deal with the taste, many people opt for a medicinal mushroom supplement that comes in the form of a capsule and is swallowed with water.
Reishi Medicinal Mushroom Side Effects
There is little to no side effects in using Reishi medicinal mushrooms other than its bitter taste. Some, however, may experience a bit of dizziness, skin irritation, or some stomach discomfort but this may be because one is not used to it or that it is just newly introduced in the system. These symptoms may disappear after the next consumption and once your body and digestive system gets used to it. The best way to still know if Reishi mushroom is an excellent complement to the prevention or treatment of the disease is to consult your doctor or specialist.

Some further factual reading about Reishi and cultivation? for those of you who are interested

What is Reishi? – Reishi or Red Reishi (Ganoderma lucidum), is also known as Ling Zhi in Chinese which means “soul or spirit mushroom” or “herb of spiritual potency.” Reishi is a mushroom, an edible fungus that is described as “tough” and “woody” with a bitter taste. It is purplish-brown in color with a long stalk and brown spores. It has a fan-shaped cap with a shiny appearance. Reishi usually grows on decaying wood or tree stumps. This mushroom is native to China, Japan, and North America, although it is cultivated in most Asian countries. Cultivation of this mushroom is a long and arduous process. The cultivated Reishi mushrooms grow in six different colors; these are: blue, red, yellow, white, black, and purple.

Cultivation in Asia -?Reishi mushrooms are a traditional Chinese herbal medicine that is famous for having tremendous health benefits. Reishi mushrooms are known to be the oldest kinds of mushrooms that are used medicinally. Its name in Japanese, “mannantake” means “10,000-year-old mushroom,” A testament that it is known to be a very, very old type of medicine. Empirically, it has been around as a medicine for around 2,000 years. It is known to treat anxiety, high blood pressure, hepatitis, insomnia, bronchitis, and asthma, among others.