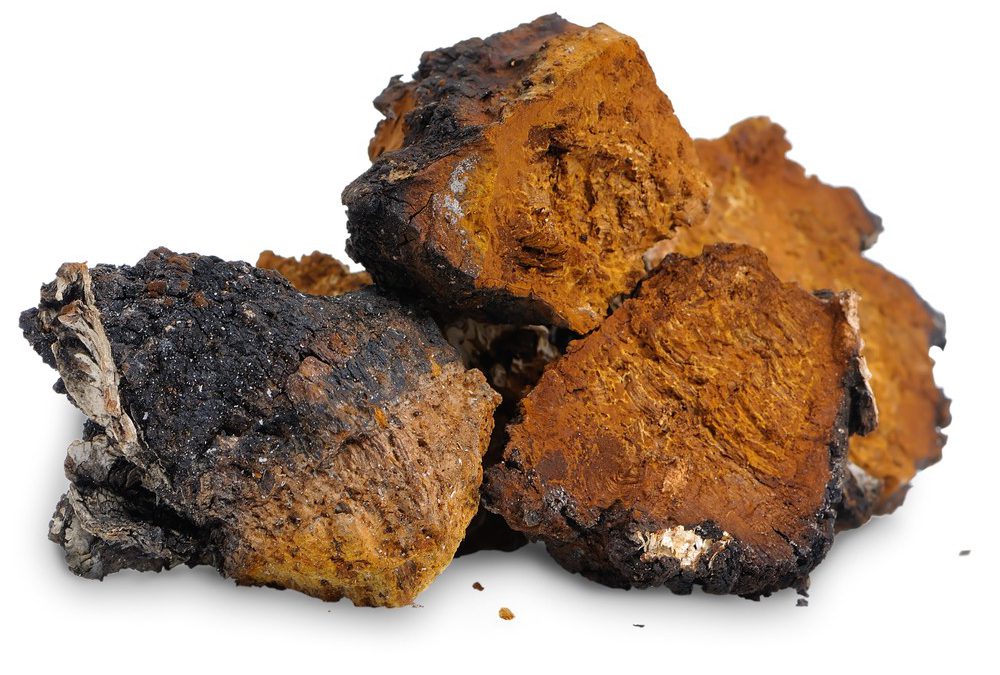 For centuries, mushrooms have been widely used as a treatment for many diseases because of its medicinal properties. Although they have been considered as folk or traditional medicine for decades, recent studies are also proving them to be therapeutically effective, even beyond what is expected. Chaga is one such mushroom.

Like many herbal supplements and traditional medicine, Chaga medicinal mushrooms were first used as a tea in Russia (Siberian Province) and its neighboring countries. Unlike the most common table-served mushrooms, Chaga?mushrooms are?hard and inedible, so it has to go through a strict laboratory based extraction process for its active medicinal properties to be obtained.

Although Chaga is found in other countries and is developed in botanical gardens, it is believed that the most potent Chaga came from Siberia, which gives it the best climate to grow.

Chaga helps to relieve stress
The Chaga medicinal mushroom is one of the most potent Adaptogen herbs ever to exist.?Adaptogen Herbs are newly discovered kinds of herbs that increase our body?s resistance to physical and emotional stress, for example, fatigue. It helps the body to respond better to stressful conditions. Adaptogens are best for people whose work makes them prone to stress or those who are feeling tired all the time.

Chaga rejuvenates your skin
Aside from revitalizing your physical energy, supplementing your diet with Chaga mushrooms can keep your skin younger-looking and vibrant. It also helps those who undergo Radiation therapy and may suffer an aftermath of saggy looking skin. It has been proven to have no side effect that would counter the radiation treatment as it is natural.

Chaga has anti-aging properties
Like other Adaptogens, Chaga is also shown to increase physical and mental performance. If you are a student having trouble memorizing information, a mother trying to remember countless errand lists or if you are a worker losing focus at work, this is the perfect remedy for you. These therapeutic properties also make it a popular medicinal mushroom choice in the anti-aging market. As you grow older you naturally experience physical and mental clarity decline. Using a medicinal mushroom supplement that contains Chaga mushrooms can help you feel younger and more mentally and physically able. It can also help with stamina and endurance in the bedroom when combined with mushrooms like Cordyceps. For this reason Chaga medicinal mushrooms are popular for use in endurance supplements.

Chaga boosts your Immunity
Aside from physically keeping you vibrant and active, Adaptogens like Chaga mushrooms are also proven to boost one?s immune system. When taken daily in an immune supplement you give your immune system support to fight of seasonal allergies, infections and viruses all year round. When used for immune defense Chaga mushrooms is normally combined with other medicinal mushrooms like Lion?s Mane, Cordyceps, Shiitake, Maitake and Reishi.

Chaga is a high antioxidant
We are all aware that a lot of fruits and vegetables are recognized to have abundant anti-oxidants properties, but none has surpassed the Chaga mushroom so far. Even other medicinal mushrooms! That is why it is so popular in medical mushroom dietary supplements.
Antioxidants are naturally occurring substances that fight free radicals (potentially destructive molecules that can infect healthy cells in your body). Free radicals exist in the environment and are also naturally produced in the body. We all need free radicals in our body but too much can profoundly damage major organs and can cause disease. Ensuring that you get enough antioxidant protects you naturally!

Chaga is a proven and efficient Cancer- fighting agent
Cancer is probably one of the most debilitating and costly diseases of all time. Treatments cost a lot of money but it is also costly on the quality of your life. Chaga medicinal mushrooms have been proven by doctors and scientists to be an effective complementary treatment of chemotherapy. (It should never replace your medical treatment but it can act as an adjunct therapy to help improve your condition) It is already used in countries like Japan, Russia, and Australia and it hadn?t disappointed its users.

More on Chaga medicinal mushrooms and cancer?..
After decades of research, it has been confirmed that the Chaga mushroom activates apoptosis in cancer cells. Apoptosis is the process of self-destruction. Healthy body cells go through this process when they think that they are severely damaged and could be of no purpose. However, unlike the healthy cells, cancer cells do not possess this attitude even when their DNA is profoundly impaired.
Healthy body cells do not reproduce when it is not needed and cancer cells also do not recognize this process. They reproduce at a fast rate and continue to build tumor in the body. Even when heavily damaged, cancer cells still continue to grow and reproduce, making the tumor worse.

As mentioned above, Chaga mushrooms can also help to rejuvenate your skin during radiation and chemotherapy. This is because Chaga repairs your damaged healthy cells and brings them back to life.
So what do you think about Chaga as medicinal mushroom? It truly has some great therapeutic properties, which is probably the reason why it is known to be the ?King of Medicinal Mushrooms.? When used daily in small doses, Chaga medicinal mushrooms can make a big difference to your quality of life.